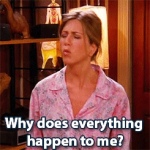 This is a blog about my ALS journey. The journey is different for every person diagnosed with ALS. The rants are mine alone. END_OF_DOCUMENT_TOKEN_TO_BE_REPLACED 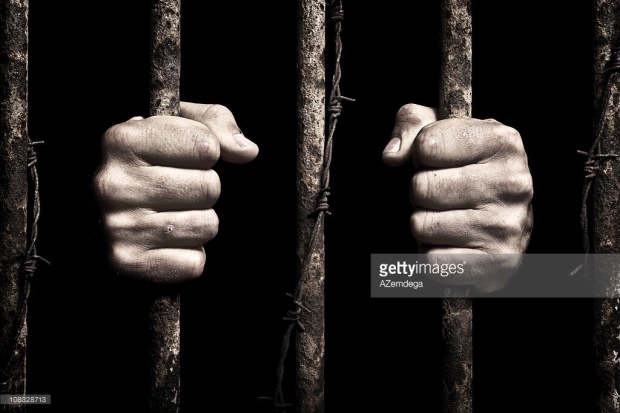 Just as I knew it would, ALS has become my warden. Can’t go out, it’s too cold. Can’t call a friend, they don’t understand my speech. Hell, no one does. I can’t even complain out loud.

I sit in my wheelchair watching the disarray around me. There are Christmas decorations to be put away. Coats to be hung. Laundry to fold. None of these are on my bucket list. In fact, there’s no point to a bucket list because I can’t write it or accomplish it from here.

Every aspect of my life is dictated to me by the ALS that holds me prisoner. I used to feel sorry for a cousin whose Dad would constantly ask her to fetch him things while he sat in his easy chair. Now I’m that uncle. Even though I can get around most of the house, I usually cannot reach the items I need. One misplaced piece of furniture can ruin my best laid plans. And if an item is moved from its usual spot, I can spend the good part of a hour searching for it before I give up.

Visiting hours too will soon be on a well-orchestrated ALS lockdown. The need for a nighttime aide to get me ready and into bed will see to that. But in truth, visitors are rare.

ALS takes control of caregivers too. It is a hard disease to manage because it constantly changes its modus operandi. Tuesday’s clinic visit was exceptionally hard on both my husband and myself. My forced vital capacity fell another 10 points. We met with the pulmonologist who ordered a Trilogy machine to help fully inflate my lungs at night and a Cough Assist machine to help clear out built up mucus. The worst was yet to come.

Listening while the doctor explained a tracheotomy and ventilator was a real depressant. Although I asked for the information, my PBA kicked in so she had to stop several times. Now armed with the information it is clear that it is something I will not do. Even though it could extend my life by two years, what kind of life would it be? It requires 24-hour care which few people can afford. So when my time comes to an end, I will go peacefully to sleep. I will die in the general population rather than live a life of solitary confinement. 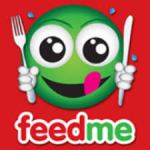 Some of you reading this post may have a feeding tube, but I’m betting that most of you do not.  Three weeks ago I went for surgery to have a G-tube inserted.  It required an endoscope down my throat to locate my stomach.  I thought that would be the worst of it. Turns out that was the painless part.

We arrived at 10 am for a noontime surgery.  This was only my second surgery.  The first was 1962 for a tonsillectomy.  The waiting room for surgery stretched out the length of a football field.  I was not optimistic about getting in on time.  Of course, I was mistaken. The whole process ran like a well-oiled machine.

First I met the nurses and importantly the hoyer lift expert who got me from wheelchair to hospital bed.  I met two doctors on my surgical team and then about five minutes before noon the surgeon came to greet me.  I was taken into the operating room (it’s big!) and they explained a few things to me, including that they were restraining my arms.  A bite block was inserted into my mouth for the endoscope and soon I was knocked out.  The doctor, true to his word, paged my husband 15 minutes later and told him the procedure was done.

I woke up to pain and a new body part — a flexible tube from my stomach which exited under my left breast.  This was definitely not the optimal location I was hoping for.  The pain was pretty bad and I asked for pain medication three times.  Someone told me it was comparable to be stabbed in the stomach.  Duh!  I was miserable for a week.  Now and then I took over-the-counter pain relievers.  At night I had stomach spasms which woke me up.  I constantly complained that I thought the tube was too tight.  I joined a group on Facebook for people with feeding tubes to learn about their experiences.  Finally, eight days later I returned for a follow-up visit with the surgeon.  I was ready to tell him this was the worst pain I have had to date with ALS.  I was not a happy camper and I had some questions for the doctor.  Fortunately, my husband and my inability to speak coherently prevented a verbal assault on the doctor.  Of course ALS is the culprit, it has ruined my ability to eat and swallow.

Once the stitches were out and the tube loosened a bit, I returned home.  The spasms abated to just one or two.  I was overjoyed because I thought that waking up in pain was going to be my new reality.  By the second night, the spasms were gone.  I spent the first few days trying to figure out what to do with this new dangling appendage.  It felt itchy and bothersome at the site.  Now, almost a month later it doesn’t really bother me.  It’s just there.  I don’t use it for feedings except an occasional Boost or Ensure when we are in a rush. The feedings work by gravity, no pumping needed.

So why did I get the tube if I don’t use it?  It was because with ALS my forced vital capacity (lung capacity and breathing level) is slowly decreasing.  If it fell below a certain level, the surgeon would not perform the surgery.  If I wanted nutrition, I needed to do it now.  So it was a proactive decision.

I tuck this new appendage into a feeding tube belt I wear over a man’s tank t-shirt.  The t-shirt helps my sensitive skin from being bothered.  I’m working up to putting on a bra again.  I don’t know if the tube placement will allow it.  So at present the surgery has made me a bra-less rebel.  I guess I can live with that. 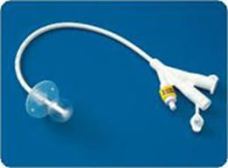 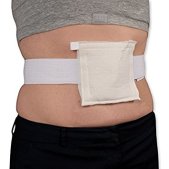 Learn more about ALS by clicking this link.

See how other PALS are coping. Shelly is in her 5th year living with this disease.  Read her blog by clicking here.